Thanks Denise and Donna for offering me the Guest Post today. I've been specifically asked to talk about...


Weddings  I've Created -  for my hero and heroine, that is!

The cliché about a romance novel is that they all  start off with the hero and heroine at odds with each other, deep in some form of conflict. That conflict is resolved as the story progresses – and then there is the traditional  Happy Ever After ending,  one that inevitably, naturally, leads to a wonderful wedding at the end of the book.


Well, yes, that’s how it is sometimes. I’ve written 61 romances for Harlequin, some for the Romance line,  but most for  Presents  (Modern romance for Mills & Boon in the UK) and over the years I’ve created all sorts of stories, with all sorts of heroes and heroines, and yes, they do all end up heading off ‘into the sunset’ and their 'happy ever after.' But the ways they get there, the stories that  are behind them, the conflicts they have to deal with, are all very different,  unique to the man and woman in the story.
And as a result, the wedding ceremony in each story can be very different too.


Sometimes the wedding is right there, centre stage,  described in some detail.  The wedding in The Konstantos Marriage Demand was like that.  My heroine, Sadie, was a wedding planner and the hero – Nikos Konstantos, whose family had held a long-running feud   with Sadie’s  – had tricked her 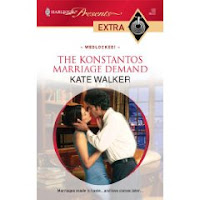 into coming to his private island on the pretext that he wanted her to arrange his wedding for him.  Of course, in the end, the wedding she ends up planning is her own, and the final scene in which the couple is  married in the tiny chapel on the island was needed to round off their story and show that as well as their happiness being complete, the feud has ended too.


But sometimes the wedding isn’t even ‘on stage’ in the book. If the story is a reunion story, where the hero and heroine have been married before, then that wedding may have taken place some years before and the couple have split up, even be on the verge of divorce. This is the way that The Proud Wife begins  or perhaps the novella The Duke’s Secret Wife. In this story, the  hero and heroine were secretly married (well that’s obvious from the title isn’t it!) two years before. That was when the hero,  Luis de Silva fell madly for  Isabelle and rushed into marriage with her. A sadly short-lived marriage when very soon he believed that she had been unfaithful to him. But now, because

he is  to inherit  the family dukedom  after the death of his brother, he has to have a wife to provide him with an heir and as  his family doesn’t  accept divorce , he comes to find his ‘Secret Wife’ to ask her to marry him all over again.  (At least that’s what he claims, but anyone who reads the book carefully will see that really he has never been able to forget her and that this is the only way he can think of  of  getting her back.) Here I had some fun playing with the contrast  between the wedding that Luis and Isabelle had had in the past – sweet,  simple and innocent – and the formal, elaborate ceremony that is being prepared for the Duke and his  Duchess.


Of course, the ceremony of a wedding, the way that  everyone is gathered together to enjoy the ceremony gives such potential  drama, particularly when that drama is acted out in front of a large crowd of family and friends.  I’ve always wondered  - as I’m sure you have – just what could happen in those silent moments when the celebrant says the words - ‘If any person here present knows of any reason why these two should not be joined. . .Then let him speak now  or forever hold his peace . . .’
What if  someone did step forward  - and even worse, what if they said :
‘I do . .  .  I know of a reason why these two should not be joined together in holy matrimony.’ 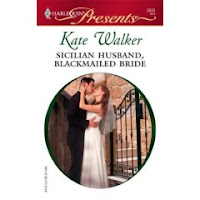 I
It was such a wonderful scene that I just had to write it  - and the of course I had to think of just who would step forward and say that. And I had to think of a reason why   they would say it.  Inevitably, the person saying those words  had to be the hero, the wedding he broke up  and ruined was the heroine’s  - and the reason why he said them? Ah, you’d have to read the book to find out.  That book was Sicilian Husband, Blackmailed Bride – and if I tell you that it starts with another, very different wedding – again a simpler, more innocent one like the one in the Duke’s Secret Wife, perhaps you can guess why my hero, Guido Corsentino, is so determined to stop this ceremony.


Weddings have this huge  scope for emotional upheaval and drama.  Everyone is hoping that the day goes perfectly, the bride will be beautiful,  the  groom handsome and strong, the flowers gorgeous,  the ceremony fabulous . . . so it’s great to throw a spanner in the works and watch the resulting explosions!  Romance writers are such sadists, really. We love to make out heroes and heroines suffer.   We put them into forced marriages as the result of blackmail, marriages of convenience like the one in The Hired Husband where the heroine thinks that the hero is agreeing to a marriage  in name only – to discover that that’s not what he has in mind at all, and she’s committed to a very real and very sexual relationship! Or what about the  bride in The Hostage Bride, who gets into the car that has come to take her to her wedding only to find that she is being driven in quite the opposite direction – by a handsome,  sexy chauffeur!


But perhaps the most intriguing wedding – for a writer anyway – that I created for my heroine  in Saturday's Bride - was the wedding that never was. The one I   almost had to write backwards.  Puzzled? Well, so was my hero!  Connor Harding came back to the town in which he’d grown up to discover that the girl he’d never been able  forget- Jenna Kenyon- was getting married in a week - to the wrong man! But he knew that Jenna was determined to prove him wrong, despite the passion still smouldering between them. Connor decided that all was fair in love and war. Only five days remained before Jenna became Saturday's bride, but that was more than long enough for him to persuade her to change her mind.


The truth is that the wedding’s actually  for Jenna’s sister but all the way  through the story I had to make it look   as if it was going to be Jenna’s big day until the truth finally dawns on Connor. So I had to make sure that every scene fitted with the ending I had already planned- right at the gate to the church!

Of course royal weddings have  a very special impact – all that glamour and ceremony – at least here in the UK. The coaches, pulled by beautiful horses, the jewels, the military uniforms,  the crowded streets, the cheering crowds.  It was as a result of the marriage of Prince William to Catherine Middleton in 2011 that I wrote my first ever ‘Royal Romance’  - A Throne for The Taking -  the book that is out in the shops just now. I  was asked to teach some workshops on writing a royal romance and that set me thinking. Of course I could  never had planned the fact that it came out just as the Duke and Duchess of Cambridge are expecting the arrival  of their first baby any time soon - that was just good luck!  But it fits wonderfully into the time of celebrating the 60th anniversary of the Queen’s coronation  and the expected arrival of the new baby prince or princess.


I have a special reason to celebrate this year too, and that expected date of the royal baby’s arrival has a real significance for me. It’s the date of  my wedding day – and this year it’s really special. My DH  and I are celebrating our Ruby Wedding – I was a child bride, honest!


So as I’m celebrating and I’d love to share the joy with you – I am offering a giveaway to one person who comments on this post.   I have either a copy of A Throne for The Taking  or one of those other books where I’ve talked about the wedding ( The Duke’s Secret Wife, The Konstantos Marriage Demand , Sicilian Husband, Blackmailed Bride –sorry, I don’t  have copies of the others) to give away. Just tell me which of these weddings you’d most like to read about – or perhaps which wedding in a novel you’d most like to have been at!  And I’ll get Charlie the Maine Coon on the job of picking a winner.  (If you’d like to know more about Charlie he has his own post on the Pink Heart Society blog tomorrow.)
If you want to know more about my books then please check out my web site   - or there's my personal blog where you'll find all the most up to date news.

Donna and I hope you're all busy planning your entries for June Wedding for the 21st posting date. 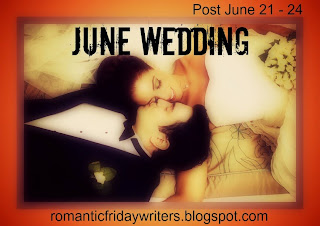 Just to keep you in the romantic mood, here is Harrison Craig, a 19 year old who is tipped to win The Voice Australia next week. Amazing voice!